I spent the summer 2017 to summer 2018 conducting dissertation research in Mongolia with funding from the Fulbright-Hays Doctoral Dissertation Research Abroad award. During that time, I primarily worked in the National Archives and the National Library of Mongolia in Ulaanbaatar. I also spent some time out in the countryside and at local archives in the capital of Öwörkhangai province. While in Mongolia I collected socialist literature, handbooks for herders and hunters, and historical and contemporary books.

In my dissertation, I address the environmental and animal history of collectivization in the Mongolian People’s Republic in the years 1954-1964. Collectivization, including the confiscation of livestock to create collective farms, was a key part of building socialism. Collectivization transformed agriculture and animal husbandry across socialist Eurasia based on the model established in the Soviet Union. I examine how socialism impacted the ways in which Mongolians interacted with animals and the environment. In my research, I focus on four aspects of collectivization: the formation of collectives and the associated change in herding practices, protection of livestock from winter disasters and drought, the introduction of Western-style veterinary science, and extermination of wolves. 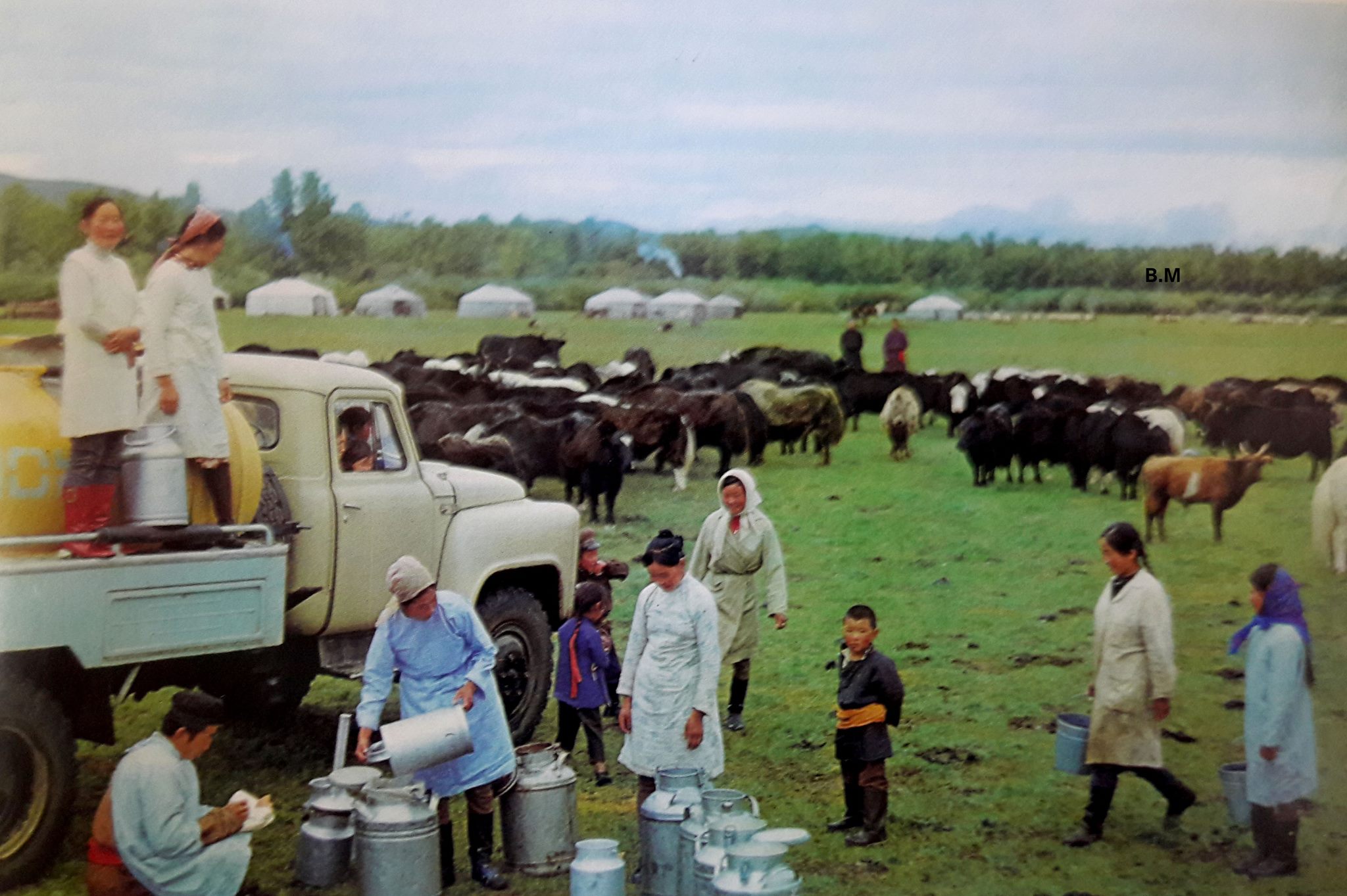 I approach Mongolia as a case study that illustrates the modern global history of changes in how humans interact with animals and the environment. Sometimes people argue that Western societies, because of Christianity, capitalism, or population pressure, are more exploitative of the environment and animals than non-Western ones. On the other hand, some peoples, especially Native Americans but also Mongolians, are said to be more in tune with nature and animals. Socialist Mongolia (1921-1990) provides an excellent instance to evaluate these assumptions. During collectivization, Mongolia displayed similar policies and attitudes as other modernizing countries.

In 1930-1932, Mongolia attempted to collectivize at the same time as the Soviet Union. After widespread resistance and rebellion, Mongolia stopped collectivization and did not continue until the mid-1950s. In 1956-1960, private herders were encouraged, and eventually forced, to join collectives. Mongolians then worked in the collective herds, and they collectively owned the livestock. During collectivization, leaders argued that collectives would positively transform the lives of herders and the health of their herds. Although collectives changed how livestock and pastureland was managed and introduced new technologies and methods for animal husbandry, the number of livestock never reached the lofty goals set by the government.

Mongolian leaders implemented policies and constructed infrastructure to protect against drought (gan) and winter disaster (zud) when building collectives. Environmental disasters were historically and still remain a major threat to Mongolian livestock. Collectives built warm livestock shelters, khashaa, to protect the animals during the winter. New hay stations provided fodder for livestock. Collectives also dug wells in order to protect against drought. The government also promised to provide compensation when livestock died, but like the other programs already mentioned, actually securing funding remained an issue throughout the socialist period.

The introduction of Western-style veterinary science was an important aspect of revolutionizing Mongolian herding, and this process involved three major initiatives. The first was the training and dissemination of veterinarians and veterinary assistants through the country. There are a number of common livestock diseases in Mongolia, so socialist leaders and veterinarians implemented vaccination programs for livestock. The final aspect of Western-style veterinary science was the importation of improved breeds and the spread and creation of new and hybrid livestock breeds. These new scientific advances were designed to improve Mongolian livestock. However, some of the new breeds were ill-suited to the harsh Mongolian environment. Even so, the new veterinary technologies and policies helped improve Mongolia’s herds. 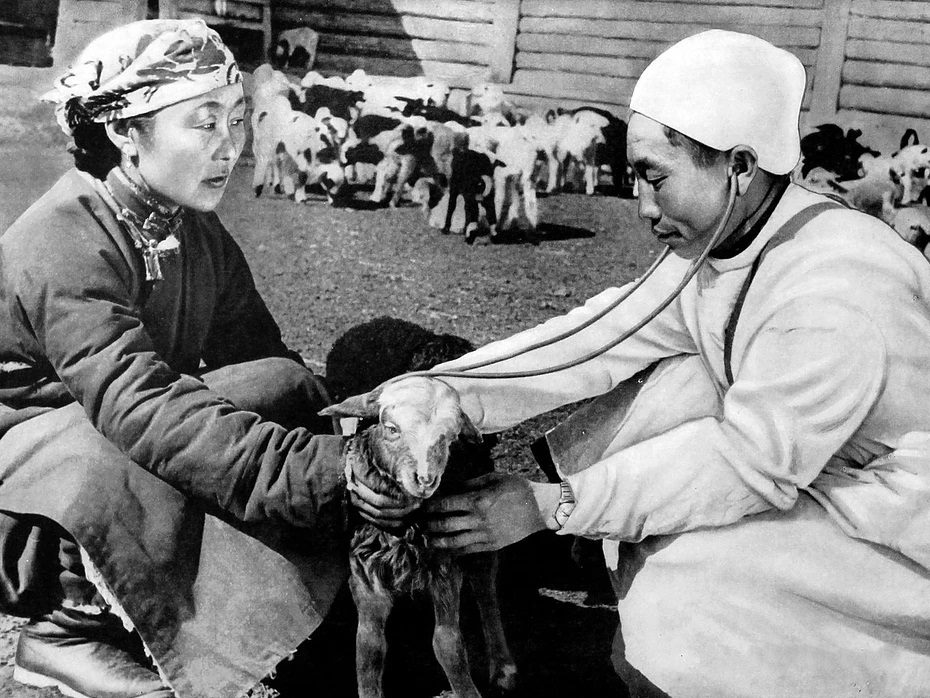 The final portion of my dissertation is on wolf extermination. Wolves are an apex predator and a potential threat to livestock. Although portrayals of the relationship between wolves and Mongolians usually focus on a spiritual, harmonious depiction, this is not the only case. Socialist Mongolia embarked on a campaign to exterminate wolves, using methods similar to other modernizing countries like the United States.

Hunting wolves was both a method of protecting livestock and generating income through wolf pelts, many of which were exported to the Soviet Union. This was not a break from the earlier period. Instead this was an intensification of both method, rhetoric, and effort. Mongolian officials, intellectuals, and hunters used pre-existing tropes to justify the persecution of the wolf. Today wolves are still common in Mongolia, and they remain a source of anxiety. 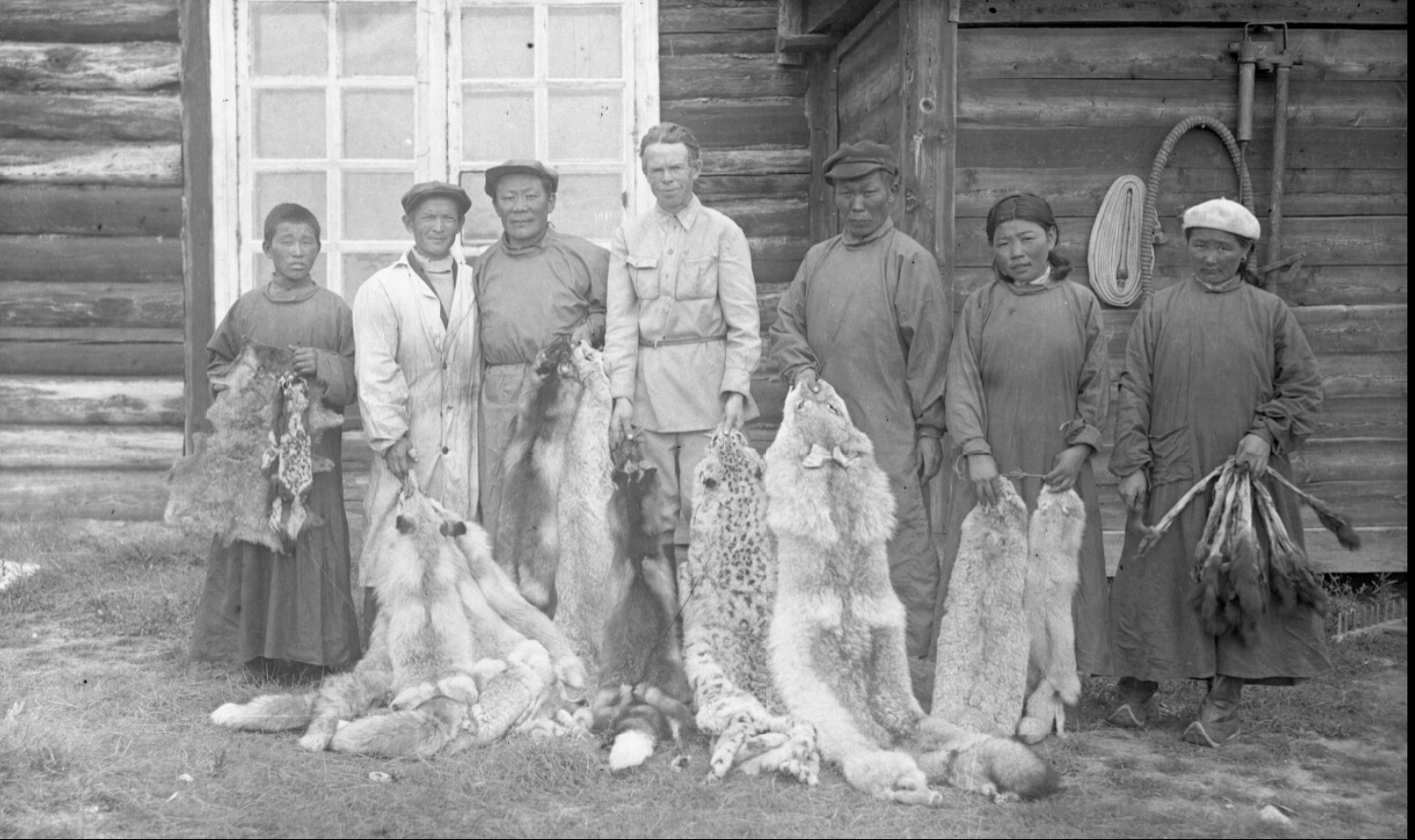 With the end of socialism in Mongolia in the 1990s, collectives were disbanded and livestock was privatized. Much of the infrastructure and improvements brought about by collectivization ended with the collectives. The same problems of livestock loss due to disease, disasters, and predation remain major issues today in Mongolia. Although Mongolians debate the merits of the socialist system, they have nostalgia for the infrastructure and programs introduced during collectivization. Socialist Mongolian environmental and animal relations shared similar patterns with other global models of modernization. This calls into question the argument that the West is especially destructive and that Mongolians and others are especially in tune with nature.