The Department of Central Eurasian Studies (CEUS) at Indiana University offers courses in Kyrgyz language, and the culture, history, and society of Kyrgyzstan.

The Language Workshop at Indiana University offers intensive courses of Kyrgyz during the summer.

Kyrgyzstan is a land of unsurpassed natural beauty. Kyrgyz, which is closely related to Kazakh, is useful to people who want to go into government service, the non-profit sector, or even education.

Kyrgyz belongs Turkic language family and one of the two official languages of Kyrgyzstan, the other being Russian. Since Kyrgyzstan became independent, the importance of Kyrgyz has increased in state affairs.

Kyrgyz is spoken by inhabitants of Kyrgyzstan, Xinjiang, Afghanistan, Kazakhstan, Tajikistan, Turkey, Uzbekistan, Pakistan, and Russia. Due to Soviet policy, Cyrillic alphabet became the most common alphabet for writing Kyrgyz and has remained so to this day, though some Kyrgyz still use the Arabic alphabet, particularly in the People's Republic of China. 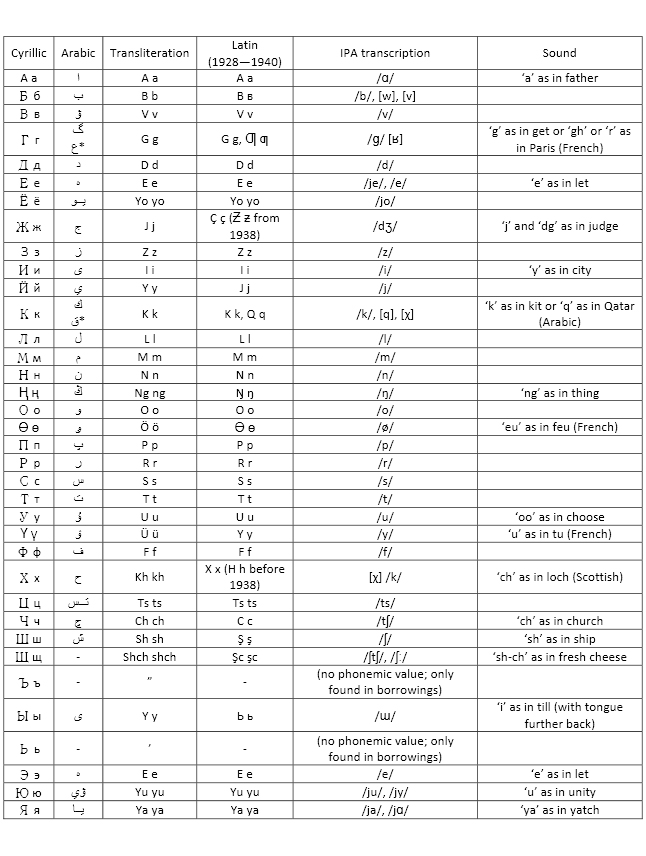 Kyrgyz is a Turkic language, like Kazakh, Uzbek, Turkish, Uyghur, and Tatar. Kyrgyz is one of the major languages of the Kipchak sub-branch of the Turkic languages, like neighboring Kazakh. Like many other Turkic languages, Kyrgyz has vowel harmony (vowels of the suffixes change, to fit the other vowels in the stem). Kyrgyz is also an agglutinative language, where each suffix added to the stem indicates only one meaning; these suffixes attach to the word stem one after another in a set order. Generally, Kyrgyz is divided into two distinct dialects, the Northern and Southern. Standard Kyrgyz is mainly based upon the Northern dialect.